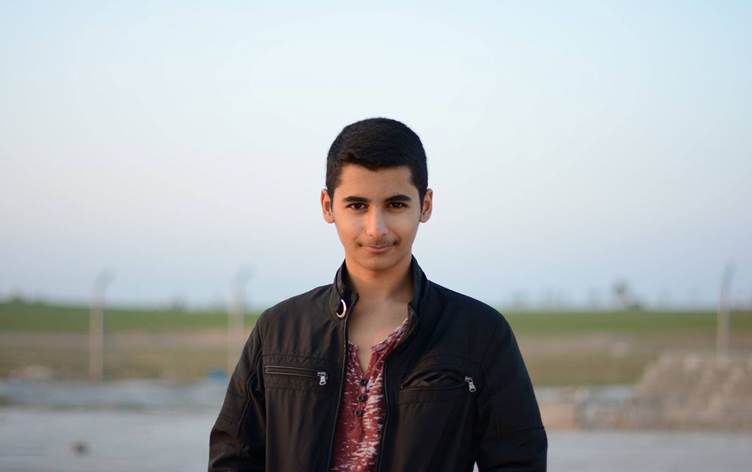 “One day I woke up early in the morning to see my son commit suicide by hanging. The scene shocked us,” she said while recounting her son’s death.

In a note to his parents, Taba left his only explanation.

I am leaving this world because it would be better without me. I love you all.

Recounting the aftermath of her son’s death, Kakawais said “his death psychologically engulfed me. I felt guilty. For all the questions and pains I had, there was no place to go, no center or organization, where I could go and ask where I could access psychological treatment,” she said.

Eventually accessing psychological treatment, her psychiatrist told her Taba’s death “should become a lesson to raise awareness for other children.”

The advice catalyzed Pakhshan into establishing an organization named ‘Azhee’- meaning ‘you live’ – to become a sanctuary for suicide prevention and bereavement.

Having worked in women and children’s rights for 20 years, Pakhshan founded Azhee six months ago.

The organisation hears about deaths by suicide through the media or by word of mouth, she says. “We visit the funeral of the dead and console the family, and we maintain relations with them.”

“We want it to become an umbrella under which families who have lost ones to suicide can mobilize.”

According to data from the Ministry of Interior, 125 males and 175 females committed suicide in 2018. And during the first six months of 2019, 80 females and 25 males are suspected to have committed suicide. No statistics specific to children or young people have been collated.

A sociologist working at the Family Consultancy Center in Sulaimani mainly attributes incidences of suicide in the Kurdistan Region to psychological disorders and depression.

“According to our estimates, 35 to 75 percent of suicides come from mental illness,” Saman Siwaily told Rudaw English. “Sometimes, families take the psychological state of their children for granted and never ask them why they are depressed.”

“Many of those who commit suicide have previously warned of suicide, but society does not listen to them, nor do they take them to see doctors,” Siwaily explained.

Contributing factors for depression-induced suicide include “staggering unemployment, romantic issues, forced marriage of women, bankruptcy among businessmen, the revelation of scandals and other social related issues,” he added.

“With the help of foreign organizations, we are preparing a draft for the relevant KRG authorities,” she said. “We want to highlight the social factors that cause suicide and submit them to the Ministry of Labor and Social Affairs, psychological factors to the Ministry of Health to work on, and prepare legal proposals for parliament to pass. The overall goal is to reduce suicide including self-immolation which does not receive much attention.”

What we did last year