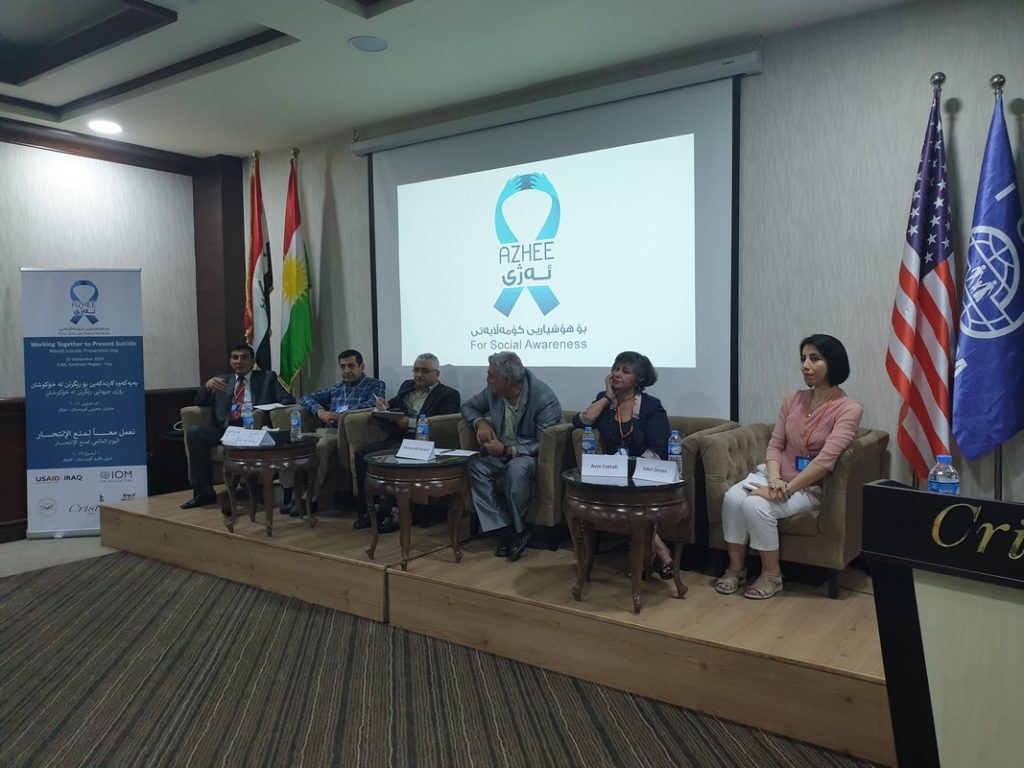 With support from IOM and two national donors, Azhee organized a one-day conference on 10 September 2019, the first of its kind at national level, to commemorate the World Suicide Prevention Day (WSPD) and to break the silence around suicide in Iraq and its Kurdistan Region.

The conference was hold with the international theme of Working Together to Prevent Suicide, which also reflects the solidarity nature of the Iraqi society as people stick together and collaborate during times of crisis. The conference brought people from a wide range of backgrounds and communities representing 16 Iraqi governorates.  The event enabled survivor families, professionals and other participants representing the regional government as well as United Nations and national/international NGOs to learn from each other, network and share experiences.

The conference followed a comprehensive program that brought the survivors, professionals, policy-makers. In a panel that included five members, several issues were discussed such as the social and psychological causes of suicide, the legal implications, the role of media and other aspects of the problem. Members of survivor families as well as other attendees extensively participated in the Q/A session that followed. In another session of the conference, families shared their reflections and personal stories and how that impacted their life.

There were also a family who participated by playing music. This family exemplified the strong will and determination to turn grief their into positive constructive power. Their live music also incorporated pieces of music that their 18-y-old musician son used to play before he died by suicide the year before.

What we did last year